Matt Golden Matt Golden is an experienced entrepreneur and venture capitalist. He focuses on startups by engaging in all aspects of building and guiding disruptive companies from their very early stages.

In what way did your graduate degrees impact your career trajectory?

I always sort of keep it on the DL, but I come from a background of being a lawyer.

I entered law school at the peak time when the internet was becoming prevalent. I got exposed to and started doing a lot of early-stage financings, and that sort of prompted exposure to a lot of the entrepreneur classes. I found myself becoming addicted to it. I was always entrepreneurial and didn’t really plan on spending my entire life as an attorney.

The skills that I picked up in law aside from getting exposed to what ultimately became a venture career and founder career, was the ability to really understand legal documents. I’m more of a big thinker than a detailed oriented person,  and law school forces you to build that skill.

It became really important learning for me, that ability to hunker down when you need to to get into the details as necessary. But I think the most important thing when I became a founder was really understanding how to accelerate, and not let the legal process get in the way of getting deals done extremely quickly.

What is the journey of investing in companies like Skip-the-Dishes in a place like Saskatchewan that venture capital investors haven’t heard of?

For us as a fund, we’re really looking for extraordinary founders. At first, we were dismissive of Skip-the-Dishes, because of the location. We were asking where you could build and scale a company in Winnipeg.  I had a big question mark at the time, but the founders were extraordinary in what they had done in terms of gaining traction with the so little dollars they had.

They were incredibly astute, that when they knocked on our door, a second, or third time. It was just an absolute no-brainer that these founders were going to be successful. By then the market was starting to become competitive.

The market was incredibly underserved for smaller cities, so lower than a million people didn’t have access to the same sort of services that the large cities had. All the major players were focused on New York and L.A.

However, it was a bigger risk, and even financing it downstream from top VCs was difficult. Because the main question was around could you attract talent, could you build it, and surprisingly they should that they could?  They did a terrific job and it was a testament to how those investments can then also reap downstream extremely positive consequences for the broader entrepreneurial ecosystem. 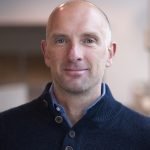 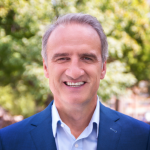 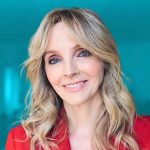