Our impact report is out
2020 was about redefining inclusion and entrepreneurial potential.
Here’s the evidence
Venture for Canada Updated: January 18, 2022

Venture for Canada (VFC) is proud to share that the charity was recognized in the first annual Veritas 500 Report on Canada’s Fastest-Growing Charities, published in late Fall 2021 by the Veritas Foundation.

The report provides insight into areas of Canada’s charitable and philanthropic sector that are garnering increasing attention and demand by donors and the community.

Between 2016 and 2020, VFC reported a 3172% growth in expenditures on charitable activities. VFC ranked 6th overall on the Fastest Growing Charities By Growth Of Expenditures On Charitable Activity list, a ranking that suggests those charities growing their financial impact within their stated mission.

The charity also qualified as 1st in the “Other Education” category, representing charities that fall in the charitable pillar of “advancement of education,” excluding University and College institutions in Canada. It ranked 2nd as the fastest-growing charity in Ontario in the “Provincial Category,” which shows a correlation between the number of charities and regional demographics, and 6th in the “Small Charities” defined as those with less than $1 million in total revenue for their fiscal year ended in 2016.

In 2022, the charity’s flagship program, The Fellowship, is going into its 8th year of operations, with an Alumni community of over 350 startup leaders and young professionals such as Charlie Feng, Co-founder of Clearbanc, Chris Grouchy, Co-Founder of Convictional and Lucia Gallardo, Founder of Emerge.

In launching an Internship program in Atlantic Canada in 2018, VFC expanded its program offerings to focus on Work-Integrated Learning (WIL), supporting current post-secondary students’ access to short-term paid work through employer-administered wages. The early success of that program allowed the charity to start operating in Manitoba, Saskatchewan, Alberta, British Columbia, and Quebec by 2020.

“Venture for Canada’s significant growth over the past five years is a testament to the significant and pressing need for young Canadians to develop entrepreneurial skills,” said Scott Stirrett, Founder and CEO of Venture for Canada.  “We are privileged to receive such tremendous support from the government, corporate, foundation, and individual donors.”

Last year, the charity supported 2,340 young people and 1,170 startups and small businesses, hosting over 250 hours of virtual training with a 29-person team. With a focus on Equity, Diversity and Inclusion (EDI), 36.8% of program participants self-identified as a visible minority (as defined by the Government of Canada) and 52.7% self-identified as female. 81% of participants say VFC programs significantly increased their skill set and employment opportunities.

For the report, The Veritas Foundation utilized federal government T3010 filings for registered charities to the Canada Revenue Agency in their analysis and uses charities that were continuously active between 2016 and 2020, representing a total of 25,646 registered Canadian charities.

About Venture for Canada

Venture for Canada is a national charity that fosters entrepreneurial skills and mindset in young Canadians. We recruit, train, and support young people to work for innovative Canadian small businesses and start-ups. Through our programs, participants develop the network, knowledge, and entrepreneurial skills to have more impactful careers.

About The Veritas Foundation

The Veritas Foundation is a non-profit charitable public foundation. Its mission is to be Canada’s authoritative source for individuals, groups, and companies to participate in the country’s charitable sector and evaluate its effectiveness and impact. 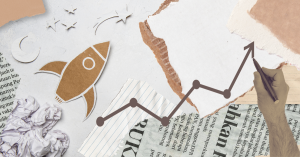 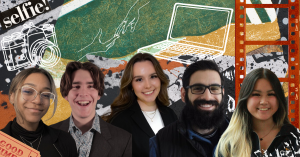 Not just for coffee runs; the benefits of hiring student interns Interns are stereotypically known for conducting coffee runs, filing and organizing documents, and doing the mundane tasks that no one else really wants to do. What a missed opportunity. The impact that students and recent grads can have on your bottom line, company culture and growth is invaluable, especially at a small, growing company.
Christina Morgan, Noah Orlandi
Leadership